Thornton Fractional South is comprised of the following administrators. This 5-member leadership team implements the District 215 curriculum and policies.

Jake Gourley became T.F. South’s Principal after serving 18 years as a Social Studies teacher.  A native of Danville, Illinois, he holds a B.A. in History with an English minor from Illinois State University and earned his M.A. in Educational Leadership from Chicago State University.  A longtime Lansing resident and active member of the community, Gourley was awarded the prestigious Golden Apple Award for Excellence in Teaching in 2010 which permitted him to spend a semester sabbatical studying Leadership and Education at Northwestern University.  He was community co-chair of the committee that successfully marketed a construction referendum that helped secure a $19 million state grant for modernization and expansion at all three District 215 campuses.  He was the recipient of the Frederick D. Drake Teaching Excellence Award from the Illinois State University Department of History in 2011 was named a Most Influential Educator by Western Illinois University in 2012.  In addition to his responsibilities at T.F. South, he has served as Vice President for the Lansing Association for Community Events, former Chair of the Golden Apple Academy of Educators, and once sat on the Board of Directors of both the Golden Apple Foundation and A.C. Jaacks Credit Union.  He is a former President of Thornton Fractional Federation of Teachers Local #683.  In his spare time, Gourley enjoys to travel and has visited more than 20 countries.  He is a fervent defender of high quality public education and for advancing student opportunities.  He has been featured in Catalyst Chicago and in the textbook, “Everyone at the Table: Engaging Teachers in Evaluation Reform.”

Ms. Nardi joins the T.F. South administrative team as Assistant Principal for Instruction after having served the last several years in the role of Division Chair at Lyons Township, Department Supervisor at Bremen District 228 and Assistant Principal for Instruction at both Maine East and Rich East high schools.  Prior to becoming an administrator, Paula was a French teacher at Rich South High School.  Paula earned a Bachelor’s degree from Illinois State University, as well as Master’s degrees from Governors State University in Educational Administration and Concordia University in Curriculum & Instruction and ESL.  Paula resides in Orland Park with her son, Joseph and their dog, Baby.

Mr. Thomas Barlow, Assistant Principal of Building Control
Thomas Barlow joins the TF South administrative team as the Assistant Principal of Building Control following his 15 years of service in education.  A native of Gary, Indiana, Thomas holds a B.A. in Communications and a M.A. in Educational Leadership from Indiana University Northwest.  Before his experience in administration, he served as Special Education teacher at Morton High School in Hammond, Indiana for 7 years while coaching freshman basketball and football. During this time, he also founded the Academically Involved Men (AIM) program to better assist students with improving their grades.  Mr. Barlow brings 6 years of experience as a Dean of Students from Morton High School and Glenbard West High School.  Before being granted the opportunity to join the TF family, Mr. Barlow served as Principal of the Glenbard District 87 opportunity school, Directions.  Outside of school, Mr. Barlow enjoys spending time with his family, football, and everything Star Wars! 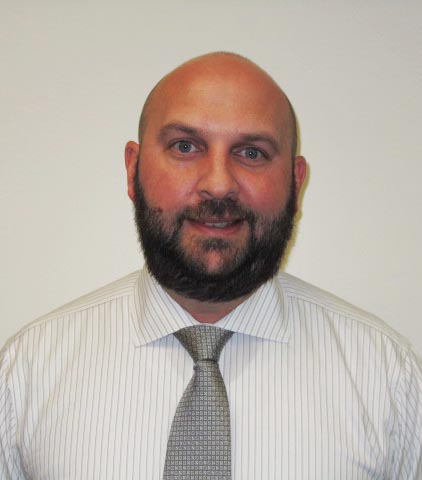 John O’Rourke, an alum of T.F. South, began his educational career at the South Campus in 2001 after working for an international marketing firm in Chicago.  He taught various levels of the English curriculum in his 7 years in the classroom and has functioned as a Dean of Students for the past 10 years.  Over the past 17 years, Mr. O’Rourke has always been involved in the school community by serving on various school improvement committees, assisted in the development of curriculum, and disciplinary initiatives.  In addition, Mr. O’Rourke functioned as an assistant varsity baseball and basketball coach before serving as the varsity boys head basketball coach for 8 seasons.  Mr. O’Rourke was inducted as a member of the John Carroll University Athletic Hall of Fame in 2011.  He received a Bachelor’s Degree from John Carroll University.  He also earned two Master’s degrees in English Literature and Educational Administration from Governors State University. ​ 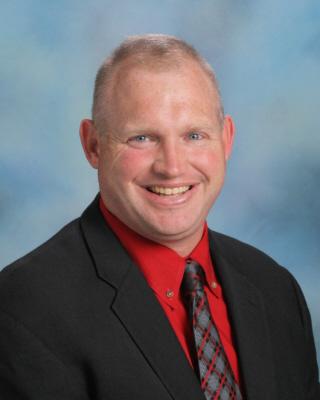 Marc Brewe is a Lansing native who graduated from T. F. South in 1994. He received his undergraduate degree in Physics and Secondary Education from Ball State University and his Master's degree in Educational Administration from Chicago State University. Prior to becoming the athletic director at T. F. South, he taught science at T. F. South for 11 years. While a teacher, Mr. Brewe coached football, basketball, and baseball, including a stint as the head boys' basketball coach for 7 years. Before that, he worked for District 218 as a science teacher and coach.  Mr. Brewe resides in Manhattan, with his wife Melissa, and two sons, Jackson and Alexander.